OATEN hay growers in Victoria are being warned to keep an eye out for red leather leaf (RLL) disease. 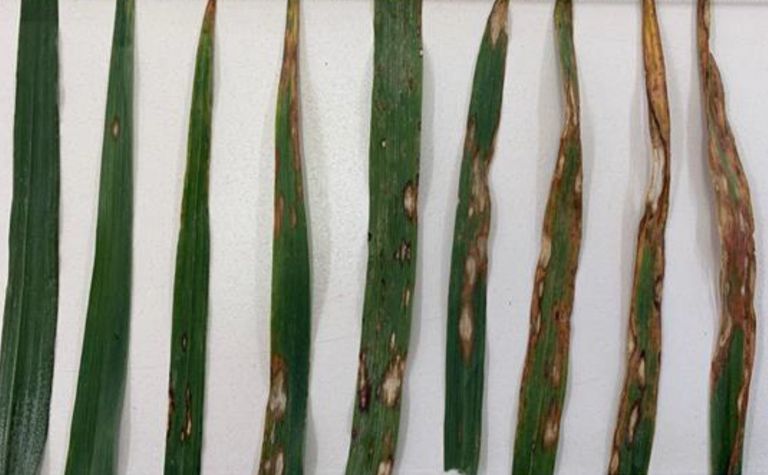 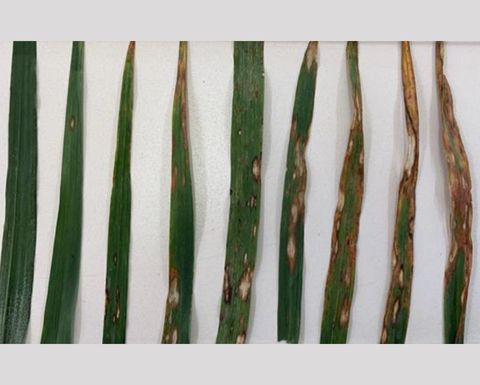 Foliar disease red leather leaf on oat leaf, from early stages on the left, to a heavy disease burden on the right, may be an issue for Victorian fodder growers this year. Picture courtesy Agriculture Victoria.

Recent wet weather has provided the ideal environment for the common foliar disease to flourish.

RLL is the most common foliar disease of oats in the medium and high rainfall zones of south-eastern Australia, causing yield losses of 10-22 per cent in susceptible varieties. These losses are due to reduced biomass and stem thickness.

"Even though this season had a late break, the disease can develop quickly, especially for those who grow oats on oats, as the disease is already there on the stubble residue," Dr Dadu said.

"Last year, the disease was present in many crops in June, it developed slowly in July due to below average rainfall and once August came, and it rained again, the disease built-up very quickly and up to 100 per cent of leaves were infected in experiments at Horsham and Inverleigh," he said.

Close rotation of oats increases the risk of loss due to RLL, as the disease is carried over on stubble.

Supported by the AgriFutures Export Fodder Program, the NHA research in Victoria last year revealed RLL was the most common foliar disease of oats - visible in 80 per cent of crops.

Bacterial blight was the next most prevalent, found in 55 per cent of crops.
The most severe case of RLL resulted in a hay yield loss of up to 22 per cent at the higher rainfall trial at Inverleigh.

Dr Dadu also noted that every 10 per cent increment in infection may result in a one per cent yield loss due to reduced biomass.

Currently there are no registered fungicides for use on RLL in oaten hay crops.

Growers on the lookout for RLL should watch for the emergence of small bluish, white dots on the leaves of oat crops, which turn a red, brown colour before merging.

Dr Dadu said many growers confuse the symptoms of RLL with those of bacterial blight.

"The different diseases of oats can be difficult to identify accurately, especially when two or three diseases are present. Growers should talk to their agronomists to become familiar with the signs of RLL and the damage it can cause late in the season."

With above average rainfall in WA it is important for farmers to consider nitrogen applications. 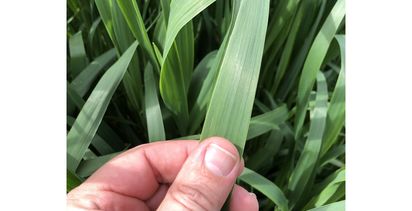 Fodder festival to go ahead

Growers reminded to focus on biosecurity