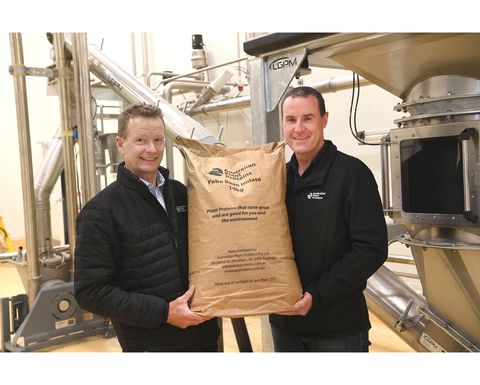 APP has developed a world-first process to isolate high-grade protein from pulses and started manufacturing commercial quantities of the product this week.

According to co-founder and director Brendan McKeegan, the powder is destined for Australian, United States, Japanese and European food and beverage manufacturers.

"Food manufacturers around the world are scrambling to introduce plant-based options, from meat and milk alternatives, to baked goods, protein bars and supplements."

Demand is so strong that APP is looking to fast-track plans to double the capacity of its Horsham plant within 12 months, building capacity from a current 2500 tonnes of powder production to around 6000 tonnes a year.

McKeegan says that unlike other plant proteins, the APP product is favoured for its versatility across a broad range of applications.

"The result is a powder with highly preferable taste, odour and functional properties compared to many other plant-based options.

"That makes it a preferred choice for a broad range of applications from some of the world's leading food manufacturers."

Horsham is located in Victoria's Wimmera grain producging district and is one of Australia's leading pulse crop production areas, growing faba beans which is the focus of the initial commercial production.

As part of the second phase, APP intends diversifying production to include lentils, yellow peas, chickpeas, and a range of other pulses and legumes.

"Ultimately, and within a relatively short timeframe, we are aiming to process 120,000 tonnes of Australian grown pulses per annum, which will create a new supply chain for our farmers and position Australia as a key player in the global plant-protein ingredient supply chain," McKeegan said.

According to McKeegan, the value proposition is significant, with four tonnes of faba beans yielding approximately one tonne of the protein isolate powder.

Lupins are being value added and turned into high-protein food for human consumption. 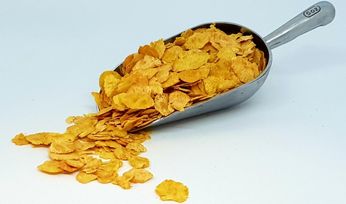 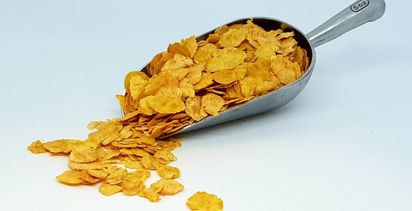