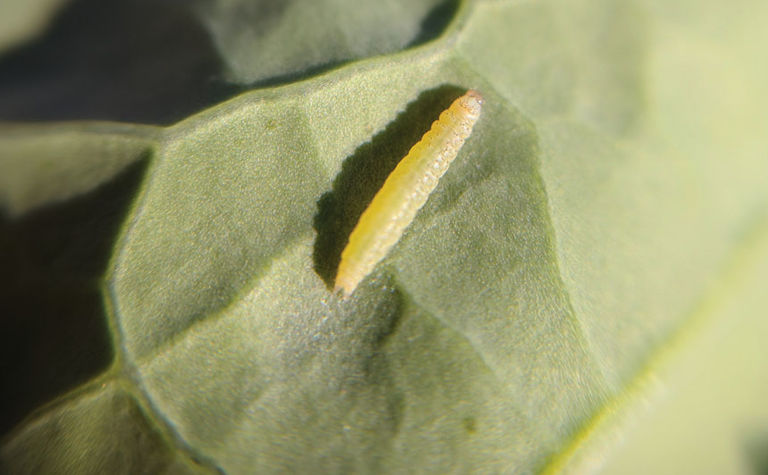 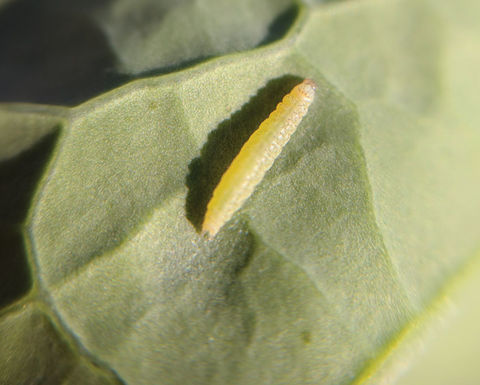 DBM has been observed this year in parts of the central and eastern grainbelt and, although not a serious problem every year, can be difficult to control. Reports and maps of DBM activity across WA can be tracked through the Department of Primary Industries and Regional Development (DPIRD) PestFax service.

He said outbreaks can occur in drier winters with higher-than-usual daily maximum temperatures and moisture-stressed crops tend to be more susceptible to insect damage.

DBM have an extraordinary ability to develop resistance to insecticides. Organophosphates (OPs), carbamates and synthetic pyrethroids (SPs) are not effective against this pest in Australia and there is resistance recorded to avermectins.

GRDC recently released a Tips and Tools resource focused on implementing a ‘Resistance management strategy for diamondback moth in Australian canola’. It can be found HERE or on the IPM Guidelines for Grains website HERE.

DBM populations can build-up on volunteer canola, brassica weeds and other native plants before seeding, especially if summer and autumn conditions are wet.

Adult moths emerge from pupae attached to plants and may be carried long distances on prevailing winds.

Several generations can occur each year when there are warm conditions, as experienced in parts of WA at the start of the 2017 winter crop growing season.

Their short life cycle means there are often overlapping generations of eggs, caterpillars, pupae and moths within a canola crop.

DBM IDENTIFICATION AND WHAT TO LOOK FOR IN THE PADDOCK

DBM pupae are green to dark brown and have an open-mesh cocoon casing that is often stuck to the underside of leaves. Larvae grow up to 12mm long, pale green, cigar-shaped and tend to wiggle violently when disturbed. They also fall on a string of web.

DBM is important to diagnose because hoverfly larvae, which are a predator of aphids, are often misidentified as DBM due to their similar green colour and they look like caterpillars.

Adult DBM moths are grey-brown, about 10mm long and have an uneven white stripe down the centre of their back. When at rest, with wings folded back, the stripe forms three distinctive diamond shapes.

Symptoms of DBM caterpillars on canola plants as the season progresses include:

For photographs of DBM and more information about diagnosing this pest, see the GRDC-supported DPIRD MyCrop webpage HERE.

When conditions are conducive in susceptible areas, it is recommended to closely monitor DBM larvae and moth numbers in canola during the spring – especially from leading up to swathing or harvest.

Insecticides will only control a percentage of populations and numbers can re-build quickly.

DBM is a difficult pest to control with insecticides alone, as it rapidly develops resistance, and sustained use of an active (such as SPs) can result in locally-high levels of resistance. It recommended to adopt an IPM approach.

Previous research conducted with GRDC investment has found economic thresholds for spraying vary from 30 to 200 larvae per 10 sweeps, depending on factors such as crop growth stage, grain price, cost of spraying and regional/seasonal conditions.

The lower threshold may be sufficient in some areas if extended dry periods are anticipated, but it is best to discuss this with an adviser. Industry-developed typical thresholds for DBM control with insecticides in WA conditions include:

DPIRD advises that good insecticide coverage is essential and products must be able to reach the significant portion of the DBM population likely to be in the lower crop canopy. Other tips for insecticide use in canola crops include:

Research in WA indicates a single insecticide spray application often provides poor control of DBM. Dustin said two sprays applied five to seven days apart can help to ‘clean up’ the newly-hatched DBM larvae that survived the first application. He said it is important to monitor numbers a few days after each spray application to determine the effectiveness of the insecticide.

“Withholding periods before swathing and harvest are the same, because swathing is considered to be a harvest event,” he said.

“To avoid harming these insect populations, it is recommended to consider the use of biopesticides. There are also a number of naturally occurring fungal diseases that attack caterpillars, especially when the canopy is moist.”

Around the globe, DBM has developed resistance to more than 82 insecticide compounds and in WA there is resistance to the groups of SPs, OPs and some evidence in the avermectins.

Practical advice about managing this problem is contained in GRDC’s new Tips and Tools resource for adopting a ‘Resistance management strategy for diamondback moth in Australian canola’.

It can be found at HERE and its key recommendations for canola growers include:

Credit risk is something that all businesses will need to deal with. 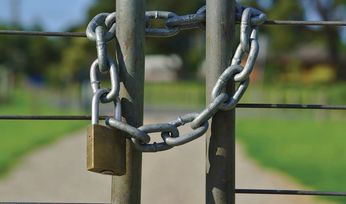 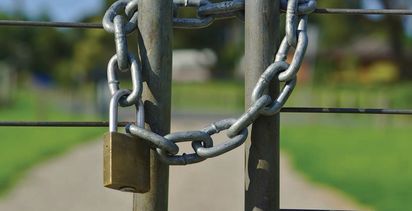