RESEARCH into managing sclerotinia when it strikes canola from ground-level (basal) infection has provided new insights into better timing of foliar fungicide applications in Western Australia for this season. 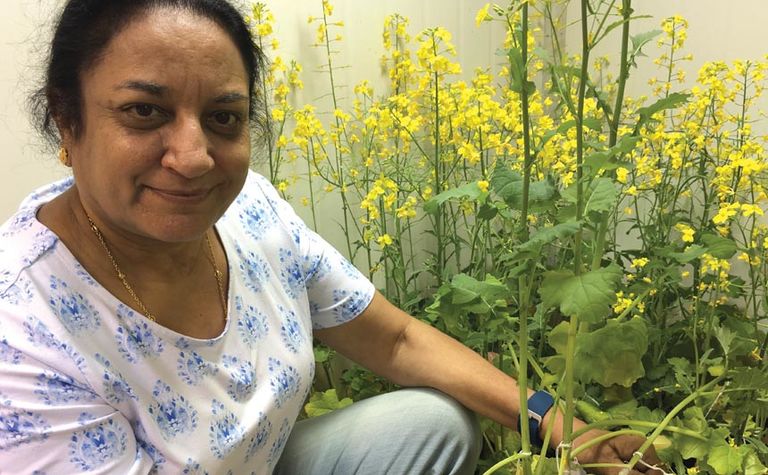 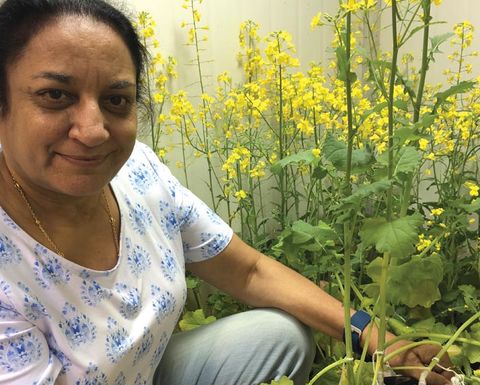 There is high risk of sclerotinia stem rot, caused by the fungus Sclerotinia sclerotiorum, in parts of that State’s grainbelt in 2017 – especially high rainfall zones.

This is mainly due to conducive conditions for disease last season and potential carry-over from a wetter than average summer.

Growers have been advised to plan ahead and monitor crops as they start to bloom, especially early sown canola that may need earlier fungicide applications if sclerotinia spores are released earlier than usual in the growing season.

Department of Agriculture and Food WA (DAFWA) research officer Ravjit Khangura said sclerotinia stem rot now affects canola crops in most growing areas of WA and, left unchecked, can cause yield losses of 0.5-1 tonnes per hectare. With GRDC investment, she is investigating optimum timing, number and economics of fungicide applications.

She is also researching prerequisite factors for disease forecasting tools and agronomic control measures to help manage this disease.

Key findings from this research to date are outlined in a new GRDC ‘Know More’ video, which can be seen by clicking HERE. It is a short, simple guide to managing sclerotinia stem rot in WA.

Sclerotinia can infect any part of the plant and symptoms appear as bleached, greyish-white or brownish-white fungal growth covering portions of the canola stem. This is sometimes just above soil level, but can occur at any height in the canopy.

When infection is well established, the disease causes plants to wilt and ripen prematurely, resulting in lodging (bending at the stem) and reduced seed production.

Advanced infection will have hard, black and generally irregular-shaped to rounded bodies called sclerotia on the inside of the affected and bleached parts of the stem.

These are the survival structure of the fungus and can be seen when the stem is split open and, occasionally, on outer parts of stem and leaf surfaces if conditions are exceptionally wet and humid.

If the weather is favourable, canola pods may become infected and will appear creamish-white in colour, typically containing white mouldy seeds.

Further information about the disease and diagnosis is available on the DAFWA MyCrop sclerotinia page HERE.

BE ALERT TO CONDUCIVE CONDITIONS

“Seasonal conditions leading up to the seeding period in central and southern grainbelt areas in 2017 have been ideal for early germination of sclerotes that trigger ground-level infections of sclerotinia before crops start flowering,” she said.

“This is a shift away from the more common pathway of primary stem infections that have previously occurred in WA through infected petals. Infection occurring in pre-flowering crops makes fungicide application decisions difficult.”

DAFWA advises that the decision to use fungicides for sclerotinia is best based on:

Ravjit said best practice management for sclerotinia stem rot included targeted and well-timed fungicide application, coupled with cultural practices such as broader rotations with non-host crops, avoiding sowing in (or near) paddocks with a history of the disease and using clean seed.

More information about these actives can be found on the Australian Pesticides and Veterinary Medicines Authority (APVMA) PubCRIS database GRDC advises to always check label rates and timing.

Because the source and onset of sclerotinia stem rot each season is variable and unpredictable, researchers in WA are investigating the best times to apply foliar fungicides and collating the results across several years. The aim is to provide better advice for optimal fungicide efficacy for the seasonal conditions that unfold in a particular year.

Based on previous R&D results, DAFWA’s guidelines for optimal timing of fungicide application to help control sclerotinia stem rot include:

Due to the wetter than average seasonal conditions of 2016, DAFWA trials focused on fungicide application timing to control the secondary spread of ground infections when the disease appeared in the crop.

At a trial site near Moonyoonooka, in the northern agricultural region, the disease level was significantly reduced and canola yields improved with a:

Compared to no fungicides, all treatments (single and two-spray) increased net returns by between $41 and $148 per hectare. This was based on a fungicide cost of $33/ha, application cost of $7/ha and canola price of $550/ha.

At this site, two fungicide applications at 10 and 50% bloom were most effective in reducing disease levels, optimising yields and maximising returns (at a profit of $148/ha).

But even a single application at 50% bloom returned a profit of $118/ha.

Ravjit said it was clear that, although a single fungicide application effectively controlled the disease, two applications provided the maximum benefit, particularly in a prolonged wet season.

She said all fungicides were equally effective for a single or double spray tactic to significantly reduce disease levels, compared to nil treatment.

DAFWA trials at New Norcia, Darkan and Arthur River also found there was good sclerotinia control and higher yields when fungicides were applied soon after noticing the appearance of ground infections to control further spread of the disease.

Separate trials were conducted in the northern agricultural region last year to investigate agronomic practices of wider crop row spacing and lower plant density – coupled with fungicide application at 30% bloom. This research found the use of wide row spacing (at 44 centimetres) and/or lower plant density (at 15 plants per square metre), to make conditions less conducive for disease, did not lead to effective sclerotinia control.

Ravjit said there was no difference in disease control between trial plots sown at row spacings of 22cm or 44cm. She said higher targeted plant density (at 30 plants/m2) plots had greater yields than lower plant density plots (at 15 plants/m2), which was consistent with previous research findings.

“The trials demonstrated that wider row spacing and/or lower plant densities alone will not provide advantages in sclerotinia control in some seasons,” she said.

GRDC is investing in pre-breeding sclerotinia resistance research at the Curtin University-based Centre for Crop and Disease Management (CCDM). 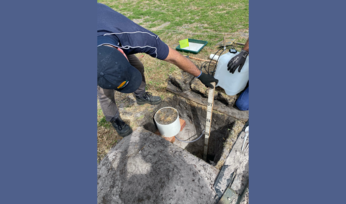 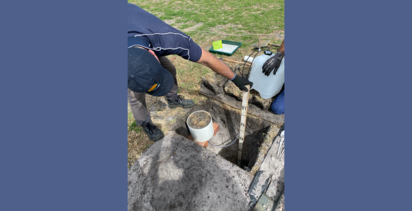