Western Australian growers are encouraged to test canola seed samples for presence of sclerotinia sclerotes, levels of fungal infection and any weed seed contamination or herbicide resistance in the lead-up to 2017 crop sowing.

He said last year's conditions were similar to those experienced in 2013, when badly affected WA canola crops with sclerotinia stem rot (caused by the fungus Sclerotinia sclerotiorum) had yield losses of 0.5 to 1 tonnes per hectare.

Sclerotes, which are the disease survival form of sclerotinia, have been found in canola grain deliveries across Australia this harvest. These are typically about 5-10mm in diameter and 20-30mm in length for sclerotinia stem rot and smaller and more angular for sclerotinia collar rot (caused by the fungus S. minor).

However, sclerotes can vary widely in shape size and colour and are often difficult to distinguish from annual ryegrass ergot (Claviceps purpurea) - but their size and shape should make them distinguishable from canola seed.

If sown with 2017 crops, sclerotes have the potential to persist in soil for up to 10 years and each one can produce up to 15 mushroom-like apothecia that release millions of spores to initiate new infection.

The spores infect petals and senescing leaves, if conditions are right during the growing season, and continue the disease lifecycle. This is shown in Figure 1. The grain trade tolerates canola sclerote contamination levels of 0.5 per cent by weight of the half litre sample (as impurities), which means even certified seed bought for 2017 may contain sclerotes.

If buying seed from interstate, sclerotinia sclerotes are a permitted organism in WA, but it is best to check the Department of Agriculture and Food WA (DAFWA) website at www.agric.wa.gov.au/organisms/106564

DAFWA's Diagnostic Laboratory Services (DDLS)-Seed testing and certification service is authorised to accept quarantine WA samples from interstate and will examine seed samples for sclerotes on request this year.

SEED TESTING FOR SCLEROTINIA AND OTHER DISEASES

GRDC recommends testing canola seed through an International Seed Testing Association (ISTA)-accredited laboratory before sowing to identify potential sclerote and fungal pathogens presence and help with risk management planning, particularly if sowing areas free from - or having low levels of - sclerotinia or other diseases.

Seed vigour, purity, germination, 1000 seed weight and weed seed tests are also available and can provide an indication of the proportion of seeds that will produce normal seedlings. This can help to determine seeding rates.

Seed testing services for WA growers are available from:

Seed test results are provided to international standards where organism species will be identified and assessed. Further information about seed testing offered by DDLS-Seed testing and certification in WA is available at: www.bit.ly/2kJDk5Y

GRDC General Manager Crop Protection Dr Ken Young said there are no fungicide-based seed dressings available to help control sclerotinia stem or collar rot in canola. He advised grading or cleaning any contaminated canola seed that is retained from 2016 crops or brought-in from another property for 2017 planting.

Dr Young said GRDC-funded research in WA had shown there were a range of other management techniques that could also be effective in reducing the impact of sclerotinia in canola crops, including:

These include products based on the actives iprodione or procymidone or the mixture of actives prothioconazole + tebuconazole (Prosaro®).

The average contamination level was 8.7 weed seeds per one kilogram of crop seed and the main weed species was annual ryegrass (Lolium rigidum) at an average of 4.6 seeds/kg in more than half of all samples, followed by wild radish (Raphanus raphanistrum),) at 2 seeds/kg.

Further results from this project are available at: www.bit.ly/2kJFzX3

From more than 80 grain samples collected in 2015 from 29 growers in Dalwallinu and Corrigin who undertook seed cleaning using contract services, 41% were completely free of weed seeds. This was well up from 27% of samples being weed-free from the same growers who either undertook their own seed cleaning or used contractors in the first survey in 2008.

AHRI's Peter Newman said the seed cleaning contractors in 2015 were 10 times better than the growers/contractors at cleaning seed in 2008 and 95% of growers who had paddocks sampled that year were now using professional cleaning services.

He said growers surveyed in 2015 had also typically changed the way they sourced crop seed by selecting paddocks with low weed seedbanks and weed burdens and adopting hygiene practices, such as cleaning on-farm seed storage sheds and silos.

Further results from this project are available at: www.ahri.uwa.edu.au/clean-seed-most-improved

Dr Young said these projects highlighted the importance of effective seed cleaning and grading and the research had found use of a gravity table, rotary screen and sieves reduced contamination significantly compared to using air systems.

He said post-harvest was also an ideal time to test weed seed samples for herbicide resistance to assess which actives are still effective on a property. This will facilitate effective and economic weed control for the coming season.

Testing houses for herbicide resistance are:

A YouTube video focusing on herbicide resistance testing is available via this link https://youtu.be/aSNj-5p9tkk 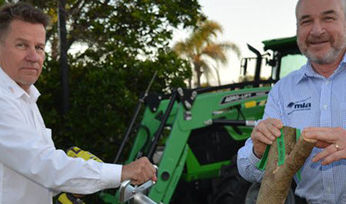 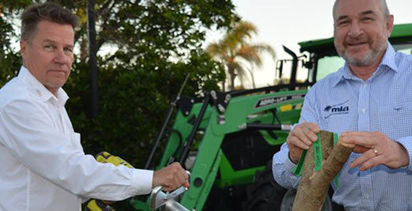 Tips for retained seed for sowing in 2018

Beat the pest cycle prior to sowing