NEW coating technology to treat seed and fertiliser granules is being explored by the WA Department of Agriculture and Food in an effort to overcome soil constraints and boost crop yields. 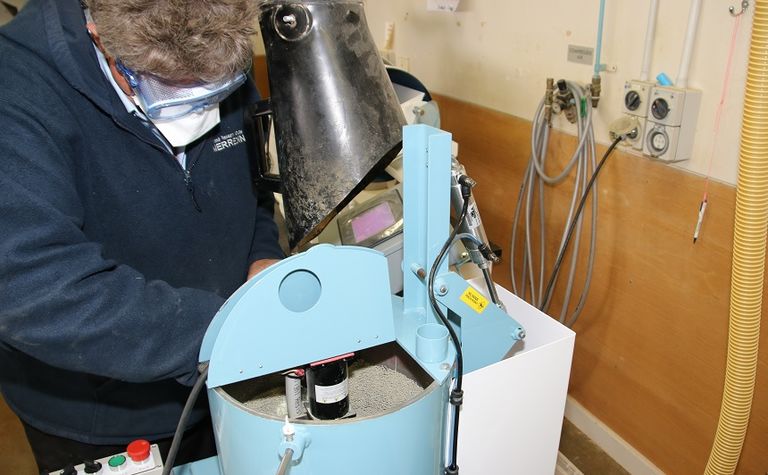 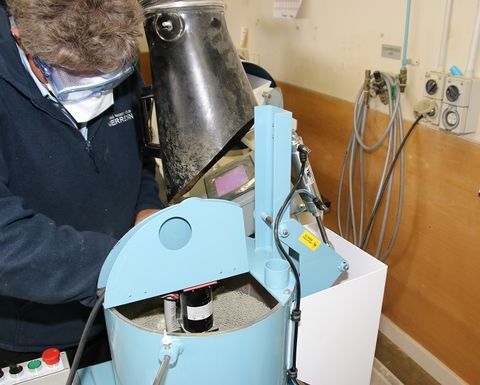 DAFWA development officer Dr Geoff Anderson with a seed and fertiliser coating machine, which he is using in a research project to mitigate the impact of water repellent soils and sulphur deficiencies. Photo: DAFWA

While the benefits of fungicide coating applications are well known, relatively little is known about the use of different substances and amendments in coating technology.

DAFWA development officer Geoff Anderson is leading a new research project that will examine the possible benefits of seed coating to overcome water repellence, as well as an elemental sulphur coating for popular phosphate fertilisers.

The advantage of coating technology is that the amendments can be situated close to the growing plant, which can improve efficiencies and reduce application costs.

“I have developed a seed coating technique for the polymer for use in soils that remain dry following rain, which aims to draw water to the seed via soil humidity to aid seed germination and seedling survival,” he said.

“A surfactant coating sourced from the Botanic Gardens and Parks Authority and University of Western Australia has been used to aid native flora replanting in water repellent soils after bushfires.

“When it rains the surfactant leaches off the seed to create a wetter, more favourable soil environment for the germinating seed.”

The project will examine the impact of the seed coated material on plant germination rates and amounts under a range of soil water conditions in glasshouse tests.

Field trials at a water repellent soil site near Meckering will test the impact of the coatings on crop establishment and yields, as well as the optimal amount required to overcome the soil constraint.

Anderson said as the coating was pure sulphur, it could act as a slow release fertiliser without affecting the efficacy of the other elements.

“Growers traditionally apply sulphur in the form of gypsum, which, when added to MAP and DAP, reduces the phosphorous and nitrogen content in the mix, prompting increased fertiliser rates,” he said.

“Elemental sulphur is one hundred per cent pure, so when coated on MAP and DAP granules it has minimal influence on the phosphorous and nitrogen content of these fertilisers, effectively reducing fertiliser handling and costs.”

The fertiliser coatings will be evaluated in wheat trials this year and canola crops next year at a sulphur deficient site near York, using rates of MAP that contain 10, 15 and 20 per cent of coated elemental sulphur.

The department has purchased a seed coating machine from Canada, which can be used to research other seed and fertiliser coating technologies.

The two-year trial is a part of the department’s $20 million Boosting Grains Research and Development project’s Flagship investments, made possible by Royalties for Regions. 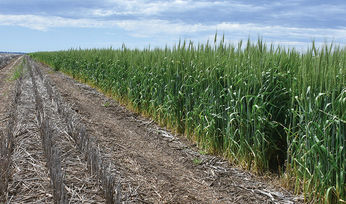 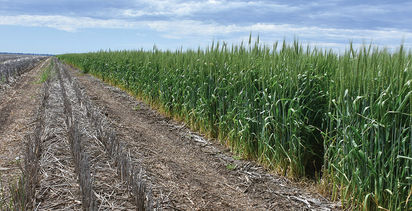 Speed and accuracy of the Fenix